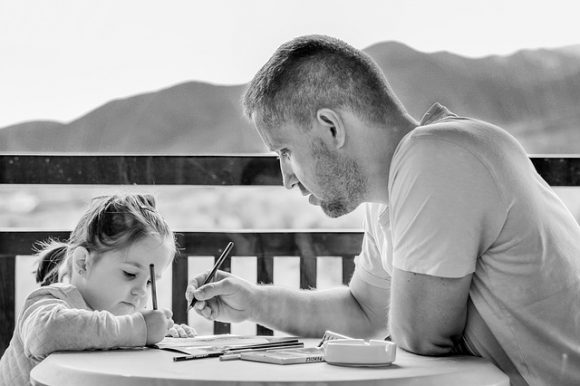 Problematic children give a hard time to their teachers as well as parents. Many child psychologists around the world study the right methods to communicate with such children properly so their values and deviant behavior can be corrected. Teachers, school counselors, and parents raise concern over finding innovative methods that can influence and manage educational work in the most effective manner. A lot of specialists still rely on outdated approaches that have become less effective with time. Therefore, it is necessary to analyze and explore existing and potential techniques with regard to communicating with problematic children.

Children with deviant behavior are constant troublemakers for the people around them. Though the issue has existed in society for long, it has evolved and acquired new forms and levels, making it necessary for new approaches to be developed and applied. The better and more effective the methods are, the greater are the chances to reduce mischief and crime in the society.
Moral values and personal behavior are largely formed in childhood. Family and school are two fundamental institutions that influence building of morals and behavior in children. Parents impart deep ethical values and behavior mechanisms. If family fails to set a good example for their children, they might grow up to be problematic teenagers and would require disciplinary work. Such children differ from ordinary students and thus, the approaches chosen by teachers and psychologists should individually address the peculiarities of behavior and character of the problematic children.

Methods to communicate with trouble making children
Every child perceives information in a different way and a teacher or a psychologist must steer his/her development on the right path. It has been observed that problematic children act this way in order to get attention from adults and peers, which their parents probably did not give. The desire for extra attention pushes children to violate behavior norms set in school and society. This results in a conflict between these children and the people around them. This conflict can be resolved if teachers and psychologists develop certain methods to communicate with such children separately. Here are some innovative methods along with a description of the situation where they can be best used:

Self-identity:Sometimes, a problem child wants to be assessed by another person. It is especially seen in adolescents when they are severely seeking positive opinion from others. When they don’t get an adequate evaluation of their actions, they often blame circumstances or the surrounding. The children are uncertain whether their behavior breaches or defies the rules existing in the society. In some cases, the adolescents attempt to prove their innocence and describe the circumstances as a regular thing. There is seldom a need to identify every aspect of the wrongdoing and ask the children to give an explanation. But, if they have an issue, they must discuss it. This approach is quite reasonable if an accurate explanation of all the events linked to the offense is given and defines an efficient method of communication.

Encouragement:From the first meeting, a child assumed to be problematic should be given a chance to express his/her feelings and thoughts. If the child is introduced to different people for discussions, it would give the child an opportunity to act differently. This could produce some new information about his/her behavior. Usually, a problem child seeks to present him/herself as a better person while interacting with another person, therefore creating a good impression and committing positive actions. In this way, they emphasize a ‘positive side’ of their personality.

Criticism:The condemnation approach is expected to not only explain the misconduct but also lead the child to acknowledge his/her behavior as a deviation. This result is, in fact, the final objective of any technique. However, it is important to note here that the acknowledgment should come before the act of mischief and not after it. Only in the event of acknowledgment the treatment of the problematical child can be considered completed. This can happen only if the child takes a stand before the people he/she appreciates and respects as the child would not want to appear before them for being criticized for misbehavior.

Disguised threat:From an early age, a child must be informed of the results of his/her actions. If done correctly, the child will passively stop and even condemn him/herself for misconduct. Remember that the likelihood of an unavoidable punishment can produce fear that provokes the child to think before causing any troubles. The child will reconsider his/her intentions before carrying out a certain act and the thought of eliminating such actions in the future will be established.

Indicators of a problematic child

Weak learning and refusal to communicate forces the child to ignore the problem: Due to a lack of psychological motivation to engage in dialogue with the teacher, the child builds a mental and refuses to recognize the problem.

Rapid fatigue from learning and teamwork in class: The child cannot concentrate on performing any task and gets irritated by anything that the teacher or peers ask him/her to do. The child might either try to distract other students or does not concentrate on what is happening in the class.

Create a conflict and incite other students to participate: The problematic students try to incite a conflict with the teacher and provoke other such teens to become involved. Such children try to compensate their weaknesses by dominating the teacher psychologically.

If teachers or school do not implement appropriate techniques to make contact with a problematic child, the unfavorable experiences accumulate and drive him/her to leave the school. Therefore, it is important to study the behavior of problem children and find the most efficient methods to communicate with them.