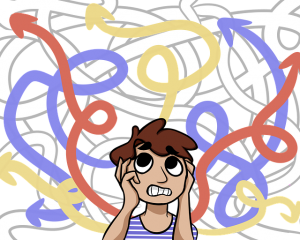 Behaviorism or behavior psychology is defined as that field of psychology that aims at studying the behavior of an individual and then deriving laws or principles from it. This is one of the most significant branches of psychology. And with the help of this essay readers will be able to have a better insight in this field. But to begin, there will first be discussion about the field of psychology and all its major forces or schools of thought.

Psychology and the Forces
Psychology is one of those scientific fields that can help any particular individual in gaining more insight into his or her own behavior, feelings, or thoughts. This field can also help an individual in gaining more insight into the behavior, thoughts, and feelings of other individuals that might be present around him or her. This field is also more formally defined as the scientific study of the mind and behavior. This field also includes the study of the feelings and thoughts of any particular individual. This field is also formally only a couple of centuries old. And in the history of psychology, there have been total five major forces. These five major forces have given out their own theories that tend to explain what the study of psychology should be and how to achieve the main aim of the study of this particular subject. The names and the major ideas of all those main theories in the history of psychology are mentioned below.

Humanistic Psychology
This school of psychology came after the advancement of the field of Behavior psychology. This school of psychology also took a positive view of the entire human nature and stated that every individual has the potential to grow and be the best possible version of their own selves. There are also many theories that were given in this school of thought. And some of those theories include the hierarchy model of needs, theory on motivation, and many other theories. There were also many psychologists who supported this particular theory and some of those psychologists include Carl Rogers, Abraham Maslow, and many others.

These were all the major schools of psychology. And now the focus will only be on the Behavior psychology school of thought. And as we mentioned above, there are two major components that are a part of the field of behavioral psychology. And both of those theories are mentioned below.

Classical Conditioning
This technique was given by Ivan P. Pavlov and is also one of the most frequently used techniques in the field of behavioral psychology. This entire technique is focused on the pairing of a stimulus with their naturally occurring responses. The experiment was originally conducted on a dog. There are also many types of essay writing topics that explore this technique in more depth.

Operant Conditioning
This technique was given by B. F. Skinner and it is also known as Instrumental conditioning in Behavior psychology. This technique focuses on the fact that learning takes place with the help of punishments and reinforcements. These associations can be made between both the behavior and the consequences. It also states that behavioral patterns which are followed by desirable outcomes are more prone to occurring again while the behavioral patterns which are followed by adverse consequences do not occur again.

There are many other different aspects of this field of psychology. And some of those aspects are mentioned below.

These are all the major aspects that are associated with the topic of behavioral learning. And to learn more about this entire topic an individual can also choose to go through some other papers or essay writing pieces which might be written on this topic.

Conclusion
There are five major forces in the field of psychology and these fields include the structuralism, functionalism, psychoanalysis, behaviorism, and humanistic psychology. And in the field of behaviorism, there are two major types of conditioning or learning. And those conditioning includes classical and operant conditioning. This field is influenced by several thinkers including B.F. Skinner, Ivan P. Pavlov, Edward Thorndike, and many other psychologists. This field also introduced the concepts of conditioned stimulus, conditioned response, unconditioned stimulus, and unconditioned response.

References
McLeod, S. (2011). What is Psychology?. Retrieved December 19, 2018, from https://www.simplypsychology.org/whatispsychology.html

Clear, J. (2018). Behavioral Psychology: What it is and How to Use it. Retrieved December 19, 2018, from https://jamesclear.com/behavioral-psychology

Farnsworth, B. (2018). What is Behavioral Psychology?. Retrieved December 19, 2018, from https://imotions.com/blog/behavioral-psychology/